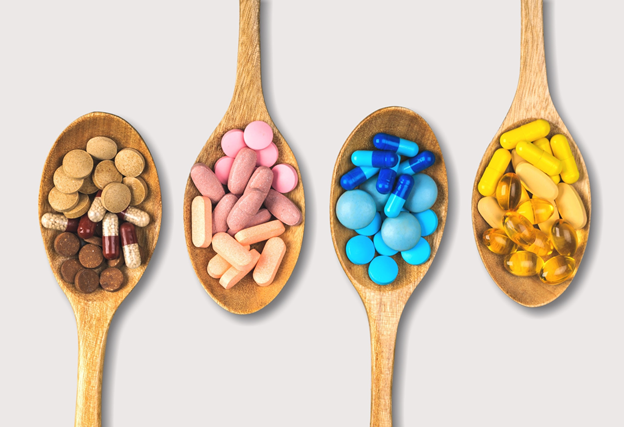 Those who have a BMI between 25 and 30 are considered overweight and those who are having a BMI of more than 30 are considered obese. Being overweight and obese will increase the risk of getting health problems. So, it is important to have a healthy eating plan diet and to exercise regularly to cut the excessive weight that may bring more harm than cuteness. Unless the lifestyle changes are not enough to help someone to lose weight, doctors may prescribe weight-loss medications as part of the weight-control program.

Before prescribing the medications, the doctor will consider the benefits of weight loss to the patient, the possible side effects of the medications, current health issues (if the patient is suffering any), the cost of the medications and the patient’s family medical history. The program will give more benefits to the patient if combined with a healthy eating plan diet and physical activity habits. Research shows that people who take prescription medications as part of the lifestyle program lose between 3 to 9 per cent more of their starting weight than those who don’t. The benefits of weight loss are that it can lower blood sugar levels, blood pressure, and triglycerides.

It may also help in relieving joint pains and reducing the risk of mortality and most of the medications will take place within 6 months of starting the medications. The medications can be classified into two groups, those acting on the gastrointestinal system to reduce the fat absorption and those acting on the central nervous system to suppress appetite. An example of drugs that act on the gastrointestinal system is Orlistat. It acts by inhibiting pancreatic lipase which produces a dose-dependent reduction in dietary fat absorption.

A research conducted in Europe shows that there a reduction of 10% in weight among patients treated with Orlistat compared to 6% in the placebo group at the end of one year. Among diabetic patients, the usage of Orlistat resulted in a 6% reduction in weight compared with 4% in placebo after one year of treatment. Another benefit of Orlistat is it improves certain serum lipid values more than can be explained by weight reduction alone and this is probably due to faecal fat loss. Apart from that, it improves blood pressure and glycemic control of the patient that resulted from a decrease in body weight alone.

Although the medication is well-tolerated, some side effects that may be presented among the patient are borborygmi and cramps, flatus, faecal incontinence, oily spotting, and flatus with discharge. It is also noted that absorption of vitamin A and E is reduced in some patients receiving Orlistat and it is recommended to take a multivitamin supplement before or after taking the medication. An example of a medication that acts on the central nervous system is Lorcaserin.

It acts on the serotonin receptors in the brain and will make patients feel full even after eating smaller amounts of food. However, it can cause patients to have constipation, cough, dizziness, dry mouth, tiredness, headaches and nausea. Other medications that are available on the market and FDA-approved are Phentermine, Phentermine-topiramate, Liraglutide and Naltrexone-bupropion that act mainly on the central nervous system.